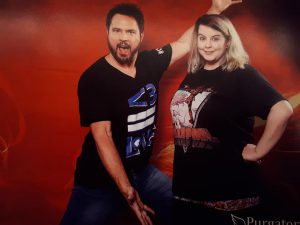 I was on the purgatory convention this weekend (4.5.2019 – 5.5.2019) and as always we had the most of fun. My baby brother and four friends went with me to Düsseldorf to celebrate one of my favourite TV-Shows of all time. SUPERNATURAL! The orginizers brought great gueststo the event and made sure it wasn’t in the slightest boring. We had David Haydn-Jones, Sebastian Roché, Rob Benedict, Richard Spreight JR., Ruth Connell, Alex Calvert, Sachin Rahel and our host David Alpay. As awlways there were interesting panels and exciting Photo-Ops as well as the karaoke party (which Sachin just rocked, btw).

New was the fanfiction contest this year.. and this is the reason I’m writing this entry in english. I participated and wanted to show you my story. Don’t worry, there is no shipping or sex involved 😉
We got to write a story about the characters of supernatural, not longer then five pages and it had to be G-rated. So, I hope you enjoy my little story 🙂 but keep in mind it’s my first story written in english.. and I haven’t wrote one in ages. 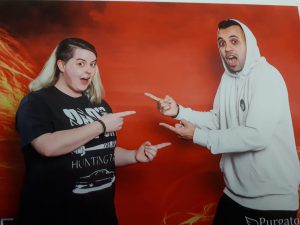 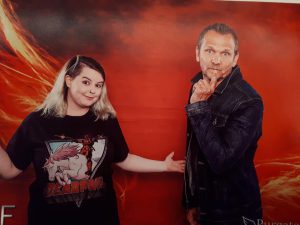 The downpour was so heavy , Sam thought if it continued like this the road would be flooded and impassable in no time.They didn’t listen to any music, just the rain outside and a distant thunder now and then. What a night, Sam thought and turned around to look after their friend on the backseat. Mareen was asleep, looking awfully exhausted. Her face was red and puffy from the silent tears she cried and there were little wounds from the flying glass at her forehead and cheeks. He sighed and turned around again. One look to his brother and he knew. Dean was pissed just the same. This time they had been too late. Mareen had lost everything she knew, two sisters, her home, their fortune… everything, except her life.

On the road so far.
The two brothers met the Abraham sisters at a case – where else? The women had inherited the famous Kata Klothes yarn and wool factory together from their dad, the first victim of the ghost they were haunted by and he was the reason why Sam and Dean went to the factory in the first place. They started to work there first, because they thought it would get them more insights. If they used they fake FBI batches they would have been treated as outsiders.

The oldest sister, Anna Abraham was the head of the factory. She oversaw everything and seemed to have a talent to understand the spinning wheels of complex structures a big company is always build on. She also was the natural born leader and had no problem with making hard decisions. The middle one was Tyche, head of finances. She always knew in what to invest in, which customers could be trusted and who would be a bad investment. Mareen was the youngest of the three and head of the marketing department, as she was the creative one in the family, putting her visions of the company in marketing strategies to shape their image around the world. The ghost haunting their factory was a really nasty one and of course it wasn’t just a „find the remains, salt and burn them“ situation. But it was dealt with and thereafter they stayed in contact, just to be sure it was really gone. As soon as it seemed that the worst was over a cursed object found its way into their possession.

The sisters have been through a lot. All these different cases caused them to grow together and then another tragedy occurred. Anna was killed in a car accident. After loosing the first head of the family to a ghost, this was even more devastating. Anna was the one who held the three sisters together, brought them strength and comforted them, when Tyche and Mareen thought they couldn’t take anymore. And now this comfort and strength was gone and the other two sisters had to learn how to be strong in their own way. Of course it was difficult to deal with, but they pushed through it and took care of one another. That’s when Mareen started to get visions. At first they thought she could be a prophet but it was too similar to Sam’s visions years back, the ones he got because he had the blood of the yellow eyed demon in him. But they quickly learned, that it had absolutely nothing to do with that either. So at that moment they were in the dark about her visions, too. But they handled it like they always did: Hunting things while trying to find out more about what was going on. Mareen agreed to use this power to their advantage and they prevented a lot. No one died at the incidents, but Tyche had the feeling everything was too easy, compared to what they had been through already. Her gut told her something big was coming, but they only could react to the visions Mareen got. So that’s what they did.

Two days ago Mareen had a vision of an abduction. She saw Tyche, in pain, covered in blood, screaming for help. Sam and Dean took the girls and brought them to a safe house because the bunker was too far away. They prepared everything. New rocksalt bullets, holy water, devilstraps, everything they could think of. Now, one would think they were ready, but absolutely nothing could have prepared them for what would come. They were just overrun by an overwhelmingly large number of demons. Sam and Dean just couldn’t safe Tyche from being kidnapped. The demons took her and brought her to a cabin in the middle of nowhere. Sam should have known it was too easy when they found Tyche with a simple locating spell. At the time he was simply relieved that there weren’t anymore obstacles put in their way. When he, Dean and Mareen arrived at that cabin, demons were basically thrown at them again, so they quickly came up with a plan. Dean would distract them, Sam and Mareen would find a way in and free Tyche. Sam entered the cabin and then everything went black. Someone or something knocked him out cold.

He became conscious again tied to a chair in a corner of a room. His sight was blurry at first and he felt dizzy and also his head felt like it would explode any second. Mareen stood with her back to him pleading to someone, Sam couldn’t see. Her sister was tied up in a witch circle painted in the middle of the room, with runes drawn onto her body. Half the room was dark, the shadow so thick even the candles of the witch circle couldn’t bring enough light to it. At first Sam didn’t understand why Mareen wouldn’t move but then he saw the chains on her ankles. He heard her cry and then she started to scream. At least he first thought it was Mareen who screamed, but he quickly understood it was Tyche. Everything was so confusing at the time with his blurry sight and headache. A mumble of words, Sam couldn’t understand, came from someone standing in the shadows. The one Mareen pleaded to. Sams eyes quickly moved between Mareen, Tyche and the dark, trying to understand what the hell was going on. Then someone slowly emerged from the shadows. Crowley! His eyes glowed red and a almost palpable black aura hovered around him. Sam couldn’t believe his eyes. What was Crowley doing here? What was going on? How could he prevent whatever was going on?

Tyche’s body began to twist, bending in unnatural ways, screaming in pain and horror. Mareen fell to her knees, crying and screaming for mercy for her sister. And Crowley? He went over to Mareen, obviously careful not to step on the edges of his painted circle, catching some of her tears in a little flask while he mumbled this endless formula. And then everything went still. Crowley stopped moving for what seemed an eternity, Mareen just sobbed and whined quietly. Tyche fainted.

Then… a storm broke loose. Windows bursted. Thunder and lightning crashed into the cabin. Tyche began to scream again. Her blood seemd to explode from her body. Out of her eye. Her mouth. Her ears. Even the pores of her skin. It formed a pool under the woman’s body and flowed into bowls Crowley had placed on the edges of the witch circle. It was devastating to look at.

Had it been Dean who in the end found and freed them? Sam couldn’t remember how exactly they were freed, everything was a blur. He remembered how they dragged Mareen out of the room, forced to leave her sister behind and how they fled still on demon persuit.

Now
Somewhere in one of the darkest corners of hell a lower demon came to his king, carrying a bag. Without saying a word, Crowley took it from his minion, snapped his fingers and the demon was dead. He didn’t need any witnesses. Not yet anyway. With careful hands he carried the bag to a shabby white bathtub. It was filled with roots and herbs he specifically gathered for this very moment. What painstakingly expenditure it all had been. Every little herb or flower or root had to be picked at a specific time and exact circumstances of something. His hands were shaky when he gave the content of the bag into the tub. It were remains, badly burned ones, most of it ashes. But he wasn’t afraid. The king of hell was just excited. Two years of work and meticulous planning would be paying off today. He grinned, got a little flask out of his pocket and gave the transparent liquid to the other ingredients. He got a knife from a table nearby and then lit some candles, just for the right feeling.

Now the more serious part of all this. He started to mumble some words again. A summoning spell for souls. But he needed a specific one. A shining ball like spirit appeared besides him and he grinned again. Perfect. It worked. He stopped, cut himself with the knife and gave some of his blood into the bathtub. Then with a change in pacing he spoke, now clearer, yet a different formula and gave the blood he drained from the middle sister into the bathtub. The last ingredient. The soul began to shine brighter and brighter to a point where it got impossible to look at and Crowley had cover his eyes. Suddenly everything went dark again. The soul was gone but the bathtub glimmering with a dark aura. He looked at it carefully. After a few seconds the mixture began to move and formed a body like figure. Another few seconds later a blond lady covered in blood stepped up and looked with glowing red eyes to the king. She was beautiful, no evidence that she was just burned remains a minute ago. He grinned again and nodded. “Anna, princess of fate. Daughter of Ananke, the goddess of destiny, foreseer of fortune and one sister of the Moirai. So mighty even the once mighty Zeus would obey. I summoned you with the blood of your blood and the tears of your grieving sister. Come and be my Queen. Come to see and be my destiny.”

Mareen suddenly opened her eyes. Her breath was shaky, her hair and skin clammy and her stomach felt sick. Her sister, Anna. She saw her. In this dream. No, it was one of this strange visions. She was not dead? What was she? Why was she called daughter of Ananke by the king of hell? She had a strange feeling she wouldn’t like the answers. 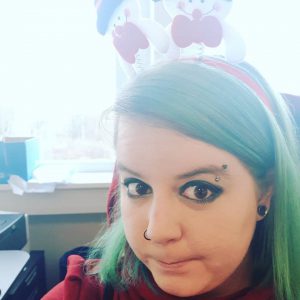 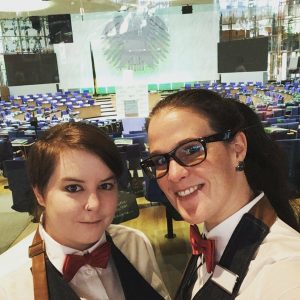 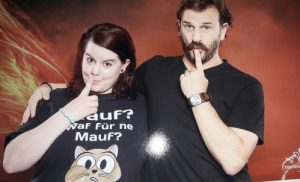 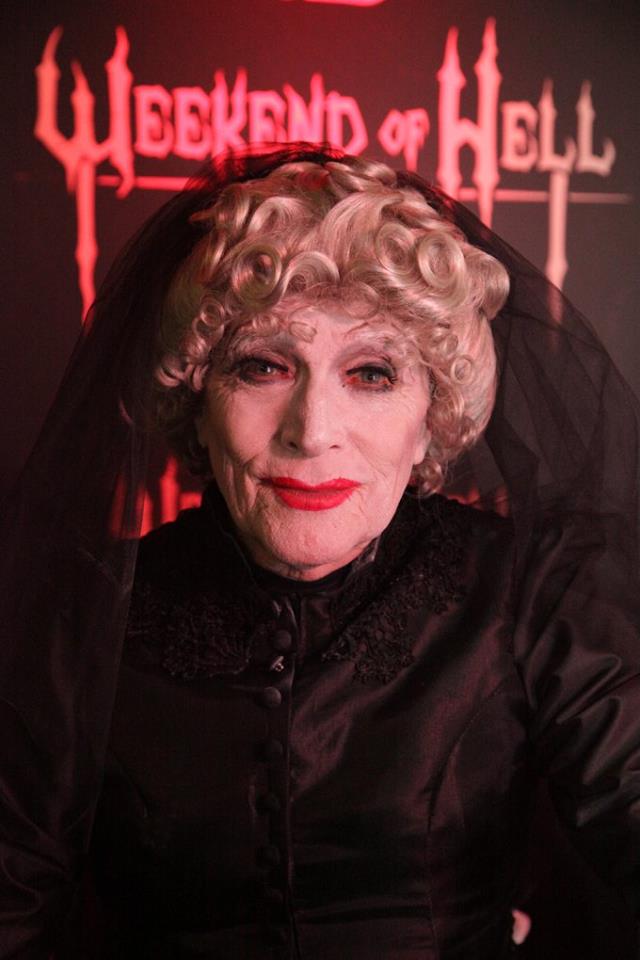 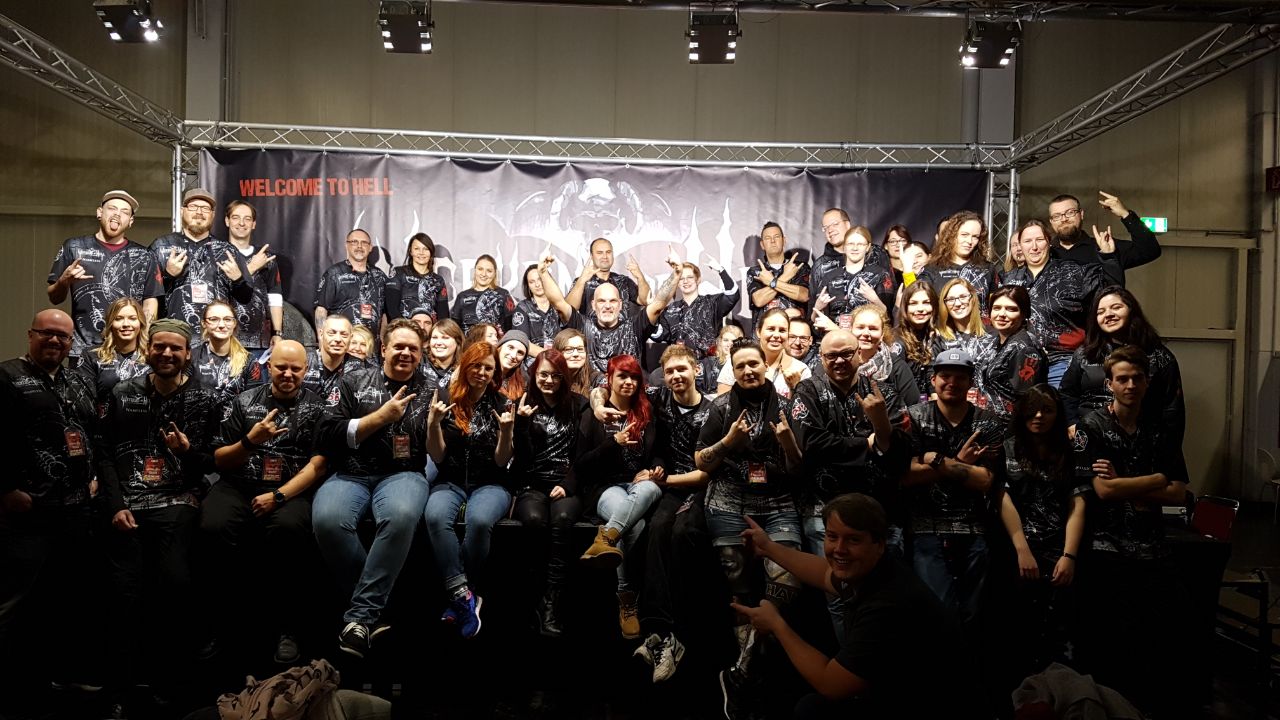 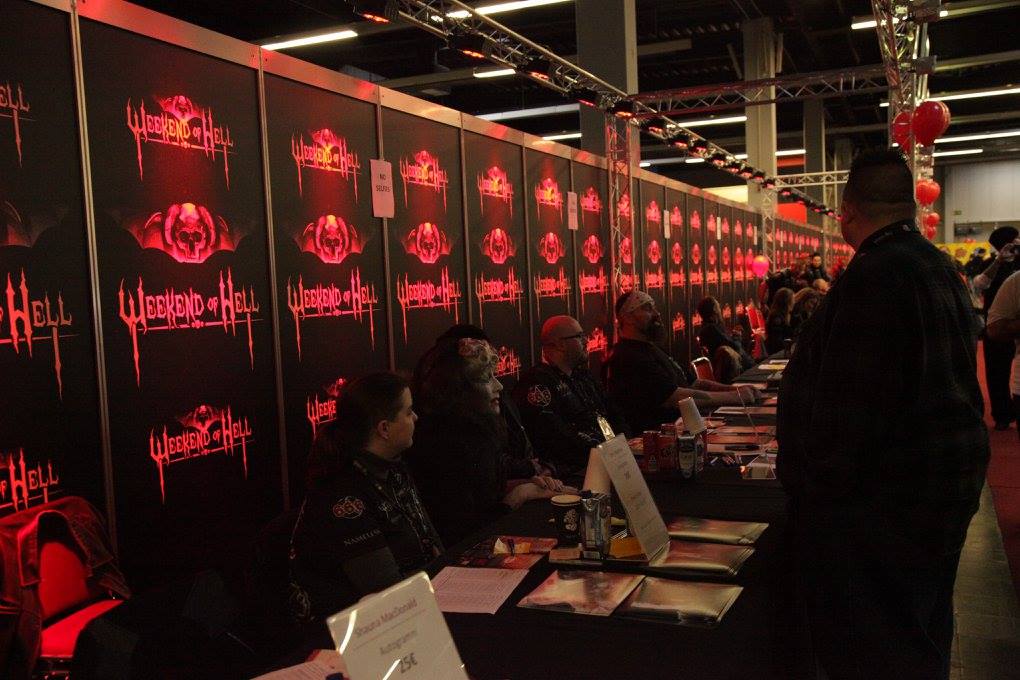 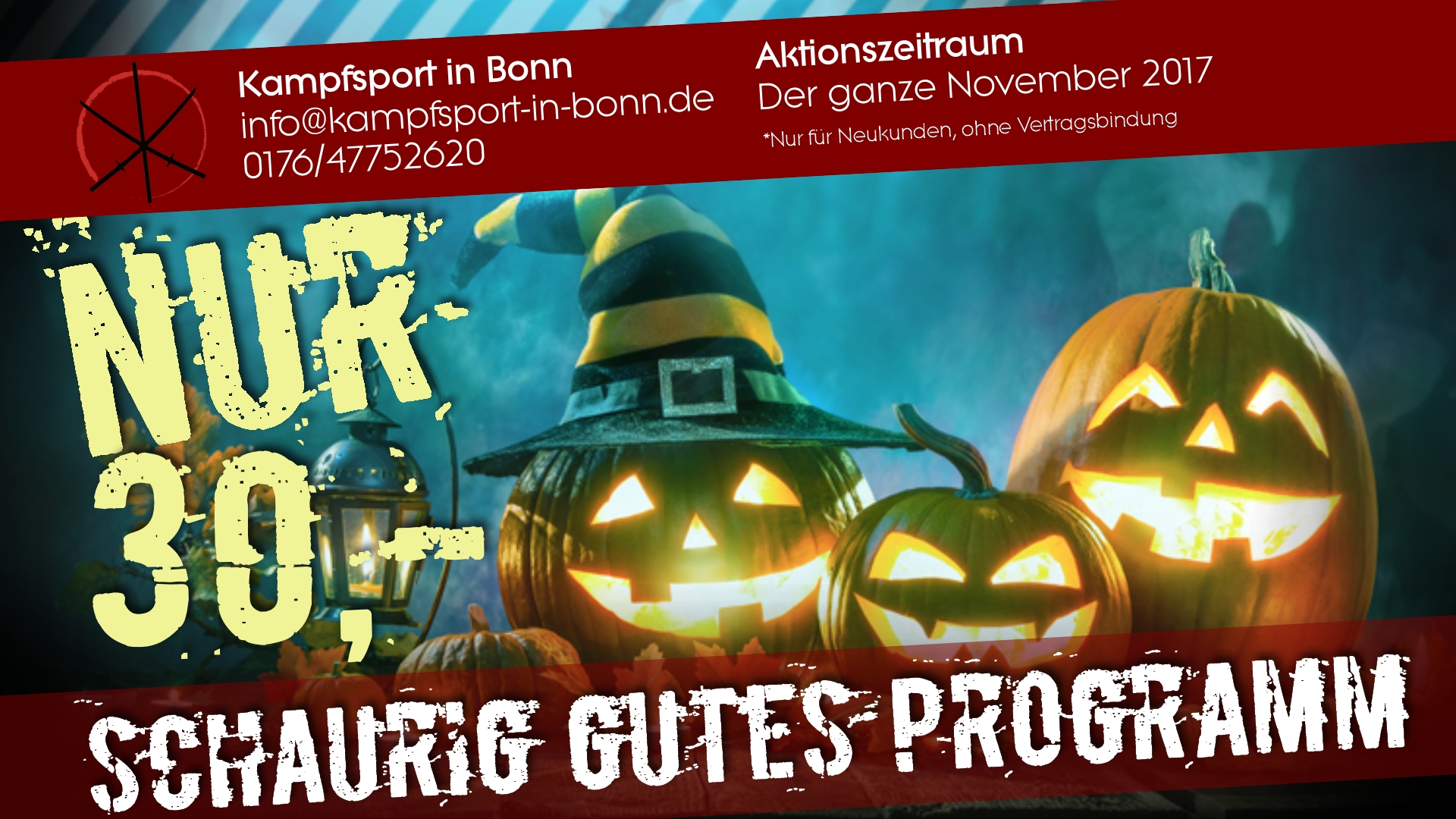 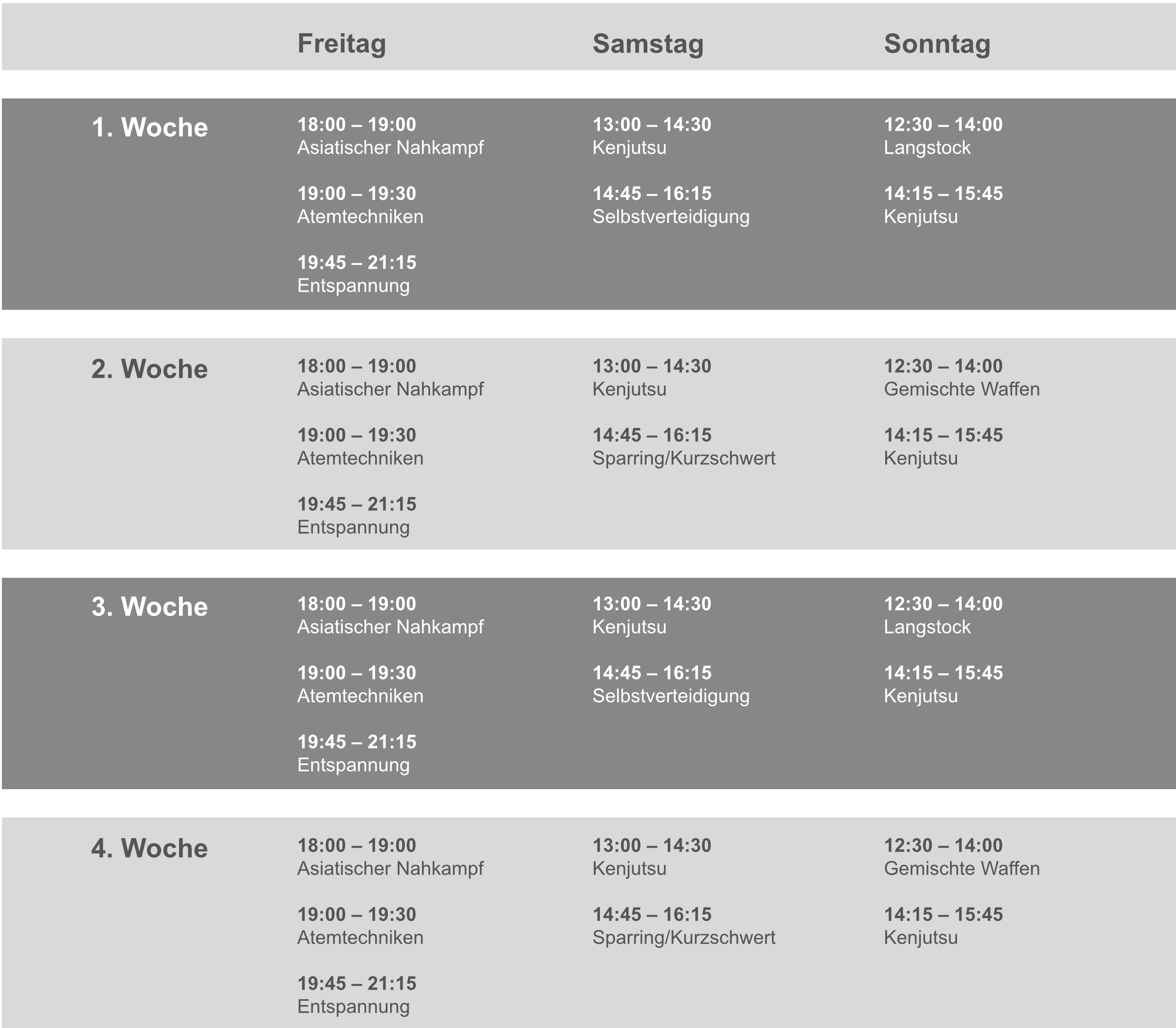